Karate is a martial art that was developed in the Ryukyu Islands of what is now Okinawa, Japan.

The three main karate styles took their names from the villages in which they were practiced. NAHA-TE, SHURI-TE, TOMARI-TE were developed jointly from indigenous fighting methods called te and from Chinese fighting styles Tode (China hand).

In 1923 Okinawan masters changed the Chinese character to a Japanese character indicating that the martial arts now taught in Okinawa were no longer purely Chinese. Thus, the meaning changed from Tode to Kara-te (empty hand).

NAHA TE: The origin of GOJU RYU and KYOKUSHINKAI

SHURI TE: The origin of SHOTOKAN and WADO RYU

Karate was originally brought to Okinawa from China. It was then brought to the Japanese mainland in the early 20th century during a time of cultural exchanges between Japan and the Ryukyu Islands following its annexation by Japan in the 19th century. Gichin Funakoshi was invited to Tokyo to give a karate demonstration, and in 1924 Keio University established the first karate club in a Japanese University. By 1932, many Japanese Universities had karate clubs. 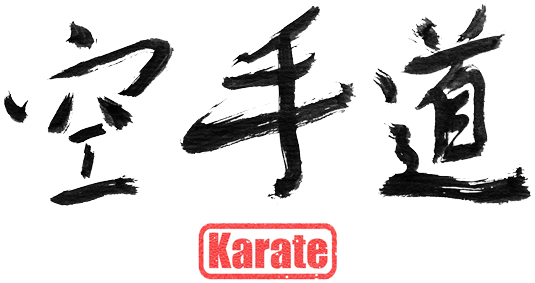 After the second world war, Okinawa became an United States military base and karate became extremely popular with the servicemen based there.

As interest in karate became worldwide, karate masters migrated to Europe and America in order to popularise the art. Karate was further popularised in the West during the mid to late sixties with the advent of martial arts films. The most popular film star around at that time was Bruce Lee, who inspired many to take up a martial art.